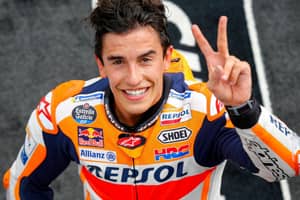 In his return from injury, Marc Marquez claimed three victories, his seventh overall.

Marc Marquez returned from injury after a lengthy absence in 2020. Pol Espargaro has joined the Repsol Honda Team from another team to replace Marc's brother Alex Marquez.

Espargaro finished seventh in his maiden race for the Repsol Honda Team in Qatar, while Marc Marquez chose to sit out the first two races and focus on his recovery. In Round 3, Portugal, Marquez finished seventh after starting in sixth. It was a remarkable return, given that he had three procedures in nine months.

Nakagami finished fourth in Spain's Round 4 to match his personal best. Marc Marquez crashed and withdrew in the next round in France, but Alex had a firm ride and finished sixth. However, Espargaro, Najagami, and Alex earned championship points despite Honda's challenging run in the sixth and seventh rounds. After the coronavirus outbreak of 2020 forced the cancellation of Round 8, the tournament returned to Germany. Ten-time Sachsenring winner Marc Marquez, who started sixth, quickly took the lead and went on to win. Since the last round in Valencia two years ago, the Spaniard hadn't won.

Round 8 triumph for Marc Marquez in Germany

All Honda drivers finished in the points in the Dutch Grand Prix, which represented the halfway point of the season. After the summer break, the Grand Prix of Styria held its tenth and final round. In the second qualifying session, all Honda drivers were within a second of one other, but Marc Marquez qualified eighth and remained in the race. After a pileup, two motorcycles burst into flames during qualifying. Nakagami was eighth as the race began, but he progressively worked up the pack to finish fifth. 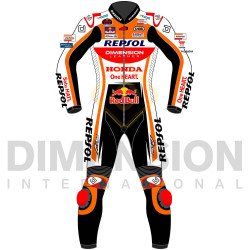 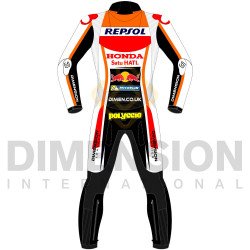 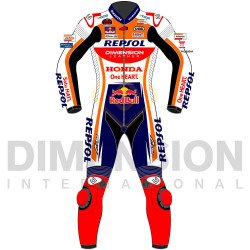 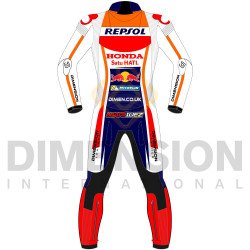 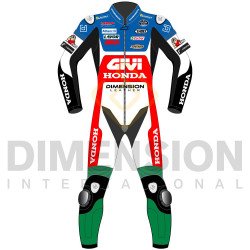 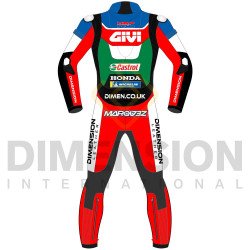 New
Brand: honda Model: DI-1163
Alex Marquez LCR Honda Unveils 2021 MotoGP Castrol Leather Suit
Show your presence by wearing these Castrol Leathers, a replica suit designed from the Alex Marquez suit, he wore in MotoGP 2021 season from the Honda Castrol team.Alex Marquez Honda LCR MotoGP 2021 Leather Race Suit is designed for professional bikers to show their love toward him on the track. Thi..
$369.00
Ex Tax:$369.00
Add to Cart
Add to Wish List Compare this Product
Buy Now For Bulk Price
Showing 1 to 3 of 3 (1 Pages)
Notification Module
This is the sticky Notification module. You can use it for any sticky messages such as cookie notices or special promotions, etc.